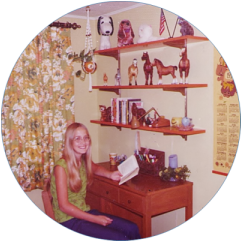 ​In seventh or eighth grade, I started writing a novel using the pen name “Sue Miller.” (Oddly enough, there really is an acclaimed novelist named Sue Miller.) My novel was about a lonely rich girl who takes up sewing for something to do—when she isn’t driving around in her Jaguar, that is. Yes, it was perplexing and dreadful, and I never finished it, but when I look back I’m proud of that kid who filled fifty or so pages with loopy handwriting, searching for a story.

In college I briefly considered majoring in psychology or sociology, but English won me over. It seemed to me that in choosing literature and writing, I wasn’t really excluding other interests. Literature contained history, science, religion, art, politics, and anything else I could possibly want.  And writing was a way of connecting to—and, in a small way, contributing to—the vast bittersweet body of human experience.

​OK, that’s all well and good, but what about a job? I had no specific career goals; all I had was the vague idea that I’d like to work in publishing. My first job out of college was writing ad copy for a local radio station—while also answering phones at the front desk. (I didn’t do either particularly well.) My second job was working as a freelance proofreader for a friend who produced manuals for music librarians. (My eyes felt like sandpaper by the end of the day.) But my third job. . .

My third job was a Major Dot.  I was an extremely overworked (as they all are) editorial assistant for a children’s educational book publisher. I made $5 an hour, I had exactly one coworker and two bosses, the office was located in an abandoned dairy plant, and the company folded after I’d been there only seven months, but I discovered that my hunch was right: I really did like working in publishing. I edited. I proofread. I typed letters to real live authors (no email, then). I managed enormous stacks of unsolicited manuscripts and added encouraging notes to the form rejection letters whenever I could.  Oh, and I answered the phones, too. But this time, a few of the calls were actually for me. 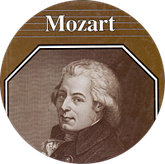 Here comes another Major Dot. When the company closed its doors, one of my bosses started his own venture in producing books for another publisher. I got my courage up and asked if I could write a few books. He said yes! My first assignment was to write a 12,000-word biography of Mozart, followed by five more biographies of musicians. I found that writing professionally was a lot like writing research papers for school—only more fun. Writing the first draft was a tedious ordeal for me (and still is), but revising was like solving a puzzle: move this sentence, cut this paragraph, change this word, summarize this, stretch that—the challenge of revision was what writing was all about.
OK, enough about DOTS. Want to know some basic facts,
​like how old I am and where I was born? Read on!

FACT: I was born in Mountain Lake, Minnesota, on June 20, 1964. That just happened to be Father’s Day. I like to think I was a very special gift—even if I cried a lot.

FACT: Mountain Lake is a small town of about 2,000 in southwestern Minnesota. If you’re saying to yourself, “I didn’t know there were mountains in Minnesota!”—well, you’re right. There aren’t. And even though we have plenty of lakes, the one that’s in Mountain Lake was made by people, not nature. (The original lake was drained years ago.) If you want to know how Mountain Lake got its name, go to http://www.mountainlakemn.com/ and on the right side of the page scroll to: So Where is the Mountain and What about the Lake?

FACT: I lived in Mankato, Minnesota, for about twelve years after college, and then moved to the Twin Cities. These days I live in Saint Paul, but I spend a lot of time in Mountain Lake visiting my mom.
​
FACT: I am no longer married, but I have two children, Louis and Helena, who are young adults. Though I'd been writing for children before I had my own, I didn't really understand the impact of a good children's book until Louis and Helena came along. (When Louis was first learning to talk, he would stand up in his crib, shake the rails, and demand plaintively, "READ! READ!")

FACT: I received my M.F.A. in creative writing from Hamline University, Saint Paul, MN, 2007. (One of my proudest, happiest moments was receiving the Outstanding Thesis Award in Fiction.)

FACT: Writing is a tough way to make a living, so I usually do other work as well. Currently I teach creative writing online at Hennepin Technical College (Twin Cities). I also tutor high school students taking the ACT/SAT.

FACT: My hobbies include reading, cooking, walking, collecting weird things from thrift stores, and sitting in a daze in front of my computer. (And in spite of my youthful enthusiasm for it, one thing I do NOT do is sew. I don’t even write about sewing anymore. Refer to my bio if this last statement doesn’t make sense!)
NANCY LOEWEN